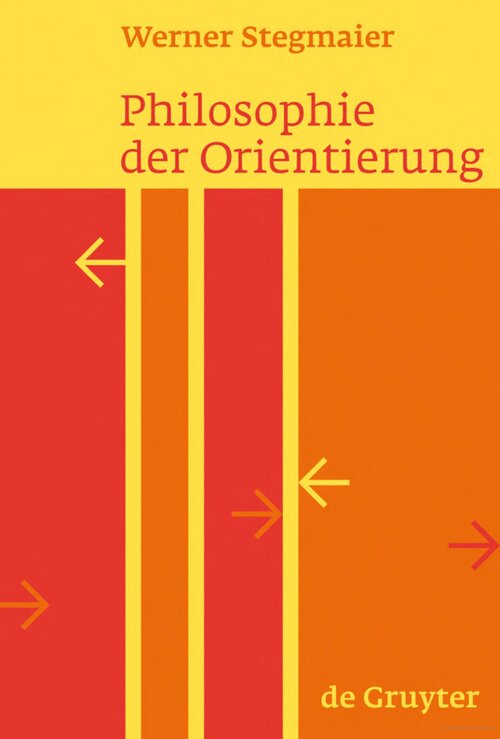 The original German publication of the prime work of the philosophy of orientation appeared in 2008. It is the result of decades of Werner Stegmaier’s research concerning the conditions and structures of human orientation. His interest in orientation traces back to his youth when he, as a boy scout, proved very adept at finding ways in nature. Writing his doctoral dissertation on Aristotle’s, Descartes’s, and Leibniz’s concept of substance, the young philosopher discovered that this concept, which was designed for ensuring ultimate stability and founding metaphysics, was itself in flux. He called it “fluctuance” – finding crucial concepts of fluctuance in Wilhelm Dilthey und Friedrich Nietzsche who both entirely reoriented Western philosophy at the turn of the 20th century. As an associate professor at the University of Bonn (Germany), Stegmaier gave his inaugural lecture on Immanuel Kant’s treatise “What does it mean to orient oneself in thinking?,” which is the first attempt to test the originally geographical term of orientation as a philosophical guiding concept. Kant left it at this short attempt; the concept of orientation, however, became extremely successful during the 19th century and eventually included the concept of reason, which it was supposed to merely supplement, according to Kant. The turn of the 21st century was the momentum to establish the term of orientation as the founding concept of a new first philosophy at the dawn of a significantly changing world. For it allows not only to keep up with the times but also conceive of the human leeways for deciding which ways mankind pursues without relying on obsolete metaphysics. Reflecting the language of orientation, Stegmaier worked in a realistic and pragmatic way on explaining how human beings deal with their constantly changing worlds, in everyday life as well as in the functionally differentiated social systems. It took 800 pages to introduce the ubiquity of orientation challenges and decisions in our lives, to elaborate the deep structures of human orientation, including those of our sexual, economic, media, political, legal, scientific, artistic, religious, moral, and ethical orientations, and to connect them to the respective scientific research.