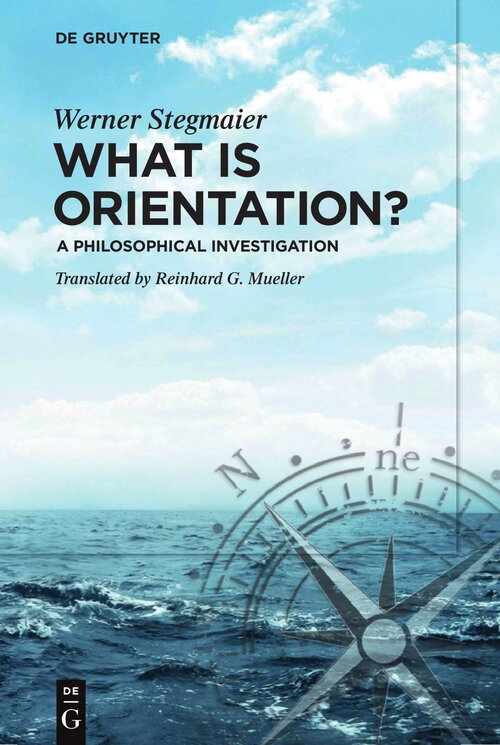 What is Orientation? A Philosophical Investigation (2019)

Initiated and supported by Mike Hodges, the work on the English translation of the Philosophie der Orientierung began in the summer of 2017 and was finished in February 2019; the book appeared in August 2019. Over the course of this work, the translator, Reinhard Mueller, collaborated very closely with Werner Stegmaier. This 300-page English translation is an abridged, improved, and updated version of the 2008 original. To make it easily and quickly readable, this translation has attained a more essayistic form: most footnotes were removed, including the extensive references to scholarly work; discussions on the German orientation language, the history of philosophy, and the contemporary sciences were minimized; the large bibliography and index were abbreviated. The text was furthermore expanded by a new preface as well as new sections on identity politics and the digitization of global communication. Given the difficulty, or impossibility, of translating some of the guiding terms of the philosophy of orientation into English, such as ‘Anhaltspunkt’ or ‘Spielraum,’ this translation also proved to be surprisingly productive with regard to the English language of orientation. This book was launched at the inauguration event of the HFPO on October 25, 2019.